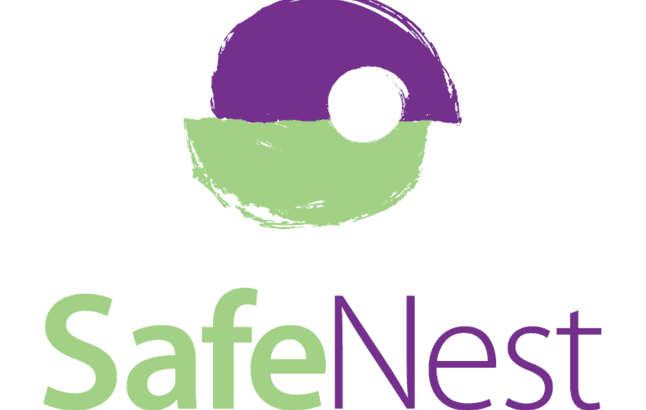 “Studies show that 76% of children growing up in domestic violence households will repeat the cycle as victim or batterer,” said SafeNest CEO, Liz Ortenburger. “We’re excited to partner with Jason to help break the cycle of generational abuse and raise awareness of the epidemic of domestic violence.”

By serving as role models and providing friendship, guidance and support to both girls and boys, the SCOREkeeper mentors will show that domestic violence is neither normal nor acceptable, and they hope, help to break the cycle of generational violence.

With the grant funding, SafeNest will build a targeted SCOREkeeper mentoring module for men as part of the mandatory 42-hour domestic violence training its volunteers (and staff) must complete. Additional money will go toward marketing and recruitment for the mentorship program.

The foundation, founded in 2008, has helped more than 11,000 children escape family violence.

“I want every kid who’s been in a home where domestic violence has occurred to have the opportunity that I had to break the cycle,” said Witten. “My grandfather reset what I understood a man to be and showed me another way. I’m thankful to our SCOREkeepers, who are dedicated to being strong role models and proving that good men are not hard to find.”

One mother whose son was helped by SCOREKeeper mentors at SafePlace, an Austin, Texas, shelter, said, “(My child) has never had a male role model that has provided for her needs. He has been able to provide a backpack, books, school supplies, coloring books, and stuffed animals. The most important thing he has given her is his time and attention.”

“With this grant it is our hope to develop and enhance a successful ‘men as allies’ male mentorship program that can be sustained by committed volunteers for years to come,” said SafeNest CEO Liz Ortenburger.

SafeNest plans to launch the SCOREKeeper’s program in early 2021.

ABOUT SAFENEST
SafeNest is Nevada’s largest and most comprehensive non-profit agency dedicated to ending the epidemic of domestic violence in Clark County. Since opening its doors in 1977, SafeNest has answered over 500,000 hotline calls and sheltered over 20,000 individuals. Programs include: 24-hour domestic violence hotline, confidential shelter, protection order services, counseling, advocacy, court assistance and prevention education. For more information, visit www.safenest.org. For immediate help and support, call or text the 24/7 domestic violence hotline at 702-646-4981.

ABOUT JASON WITTEN’S SCORE FOUNDATION
Since its founding in 2008, Jason Witten’s SCORE Foundation has partnered with several Texas organizations to provide the friendship and guidance of a positive male role model for more than 11,000 children escaping family violence. Children of both genders benefit from a healthy relationship with a nurturing adult man. The SCOREkeepers serve a variety of roles at shelters, assisting with academics and in counseling. They also teach the children valuable life skills.